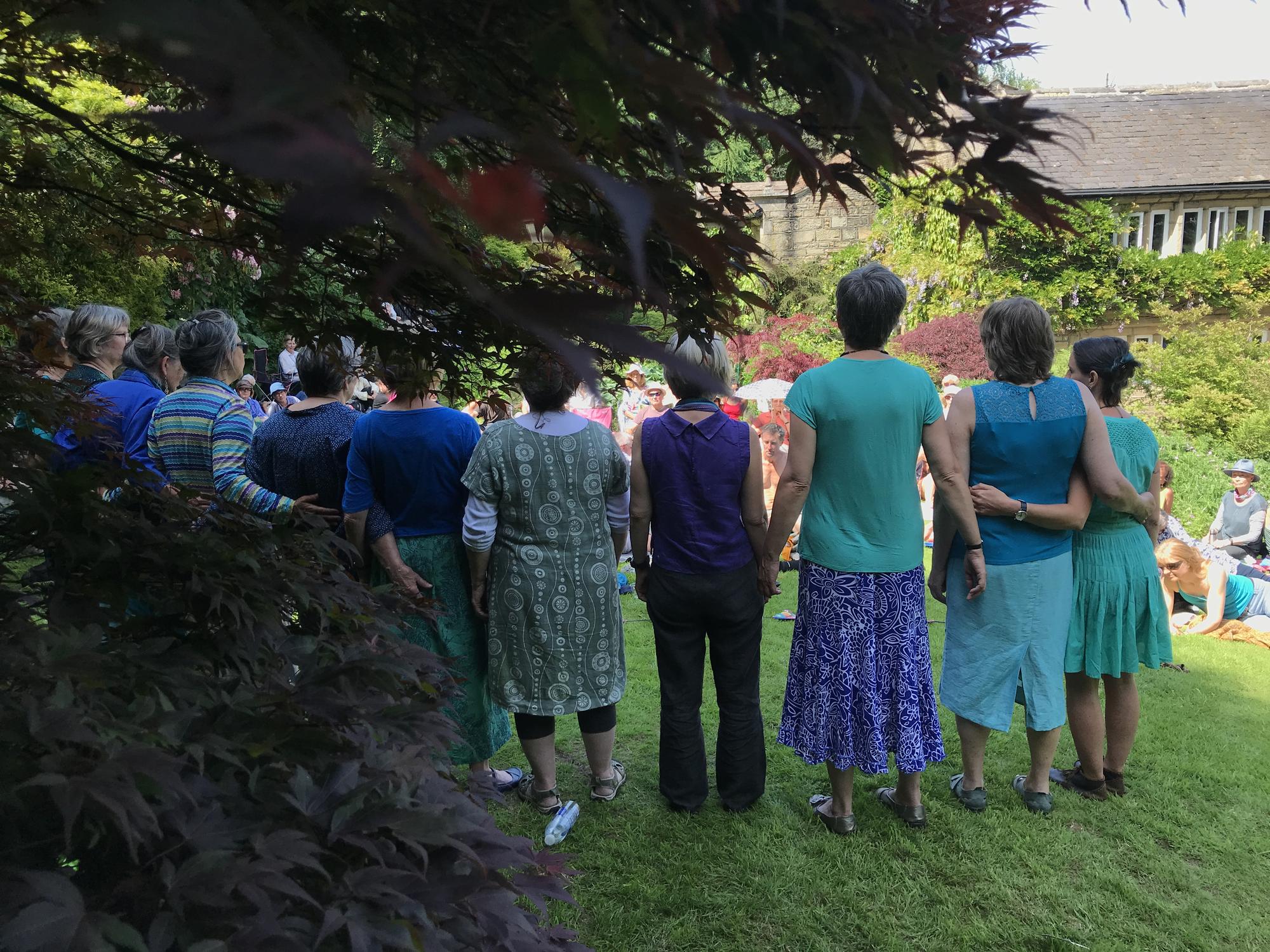 Georgian song is declared as part of UNESCO world heritage of the intangible culture of humanity.

At the heart of Georgian song is the connection between earth, spirit and one another. When we perform, the power of the harmonies in the songs speak for themselves.

Our collection of songs are from various regions of Georgia. We sing powerful two choir folk tale songs, nursing songs, laments, celebration songs and seasonal songs, which have been mainly taught to us by direct lineage.

We respect the Georgian tradition and have promised to sing in ways that are as authentic as we know how.

Here is what our audience said…

"When Zarebi sing it is so tender and powerful. There is such a connection between them, and they listen so well to each other. I am very impressed"  Bengt Frazen, Vrångsholmen.

“I could have listened to the whole set over again!” Jim.

“I couldn’t believe what I was hearing, Georgian songs that my Mother sings in Tblisi , and songs that I have grown up with, being sang in a Yorkshire garden. You sing the songs incredibly and your pronunciation is perfect! “ Shireen, from Georgia studying in the UK.

“The sound is so powerful, and the harmonies are amazing”